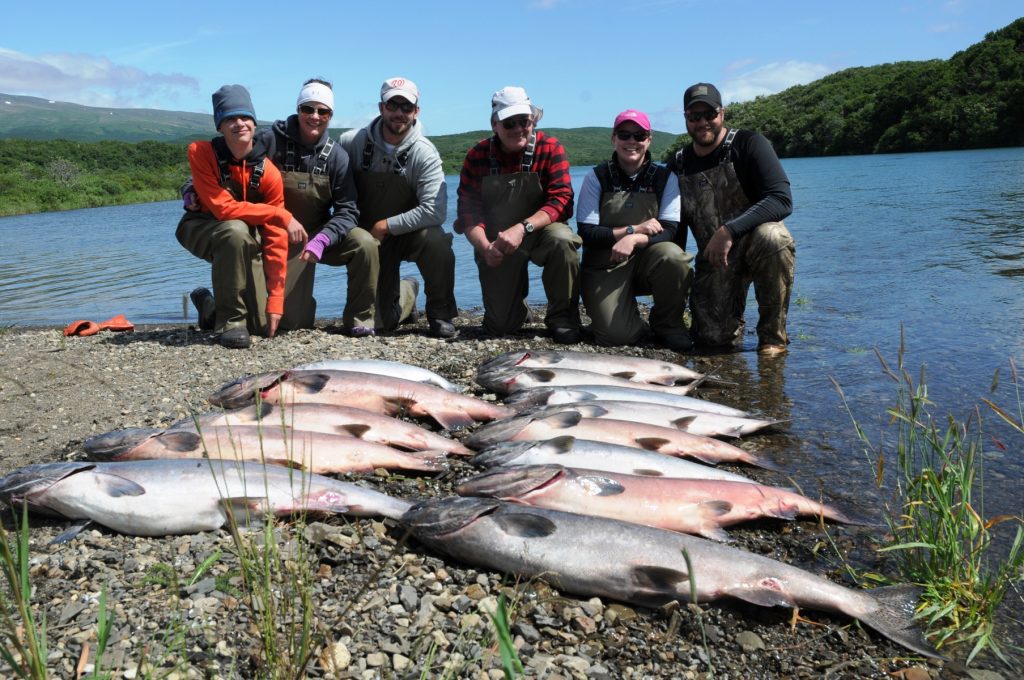 2016 provided spectacular fishing in Chignik, King and Cohos were relentless, bordering on the “best ever.” River kings averaged 30 hook-ups a day, salt silvers were limits of big Coho usually accompanied by limits of feeder kings, river Coho quite literally smoked the drags on a number of reels, and the river was full of fish. Halibut remain in deep water, more work than they used to be, but still quite rewarding and successful with quality fish to catch and enjoy. Everything was really excellent, including beach combing, bear viewing, and fly-fishing char. It was all we could hope for it to be and topped off with great guests, new and return groups, friendships renewed. Below are some highlight shots. 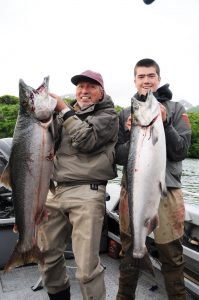 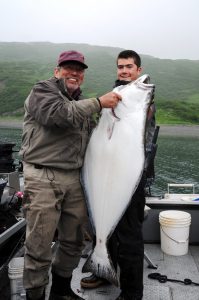 Week One Started off with steady, chrome on each tide. 70 pound Halibut while mooching for kings. Lindo, from Germany said repeatedly, “you live in paradise.”

Week two the onslaught continued. Never a dull moment, fish after fish for Dave and Alan. 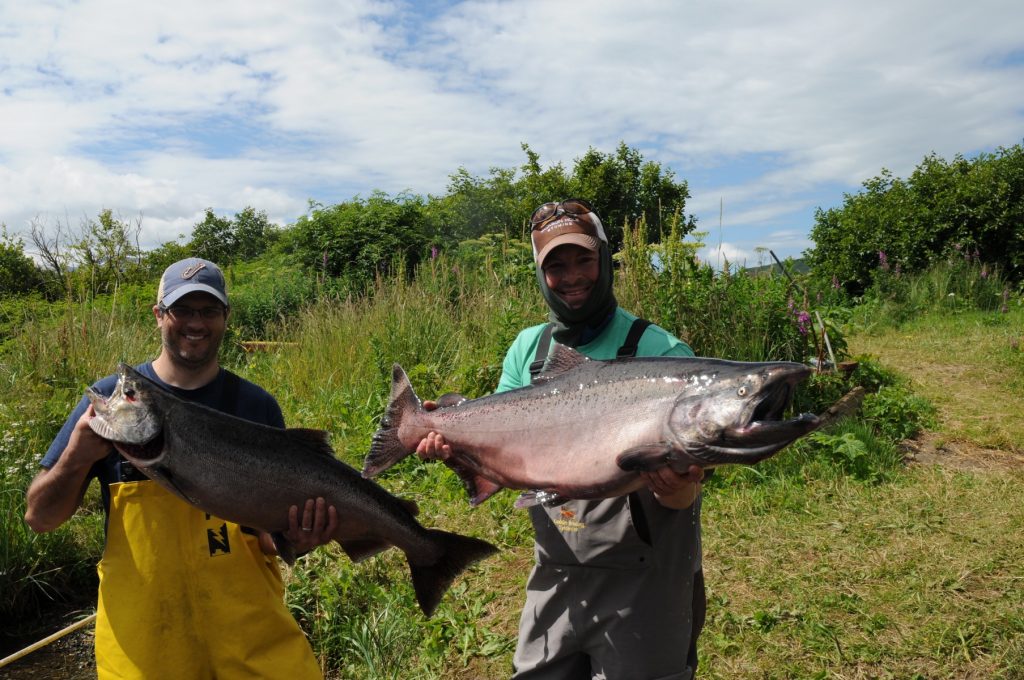 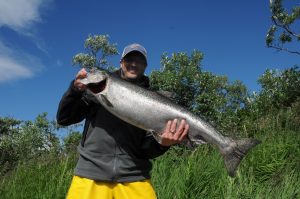 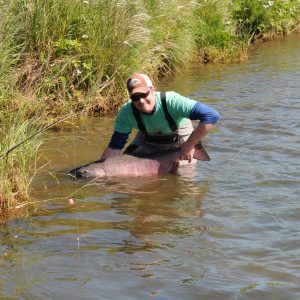 “Tyee’s” for all, or as Mallory repeatedly reported, “ It’s a Pig!”

On their third trip to Chignik Bay Adventures Brandon and Emily from Coalstrip Montana reiterated, we don’t fish Alaska often, when we do its Chignik. Big group and big fun for their Dad’s birthday. 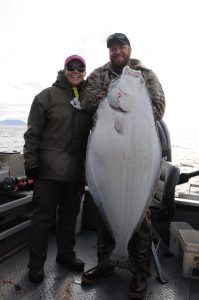 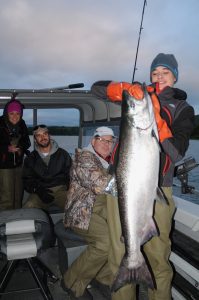 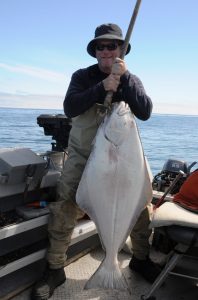 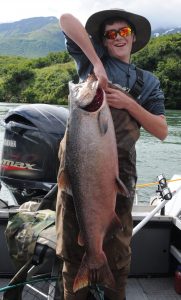 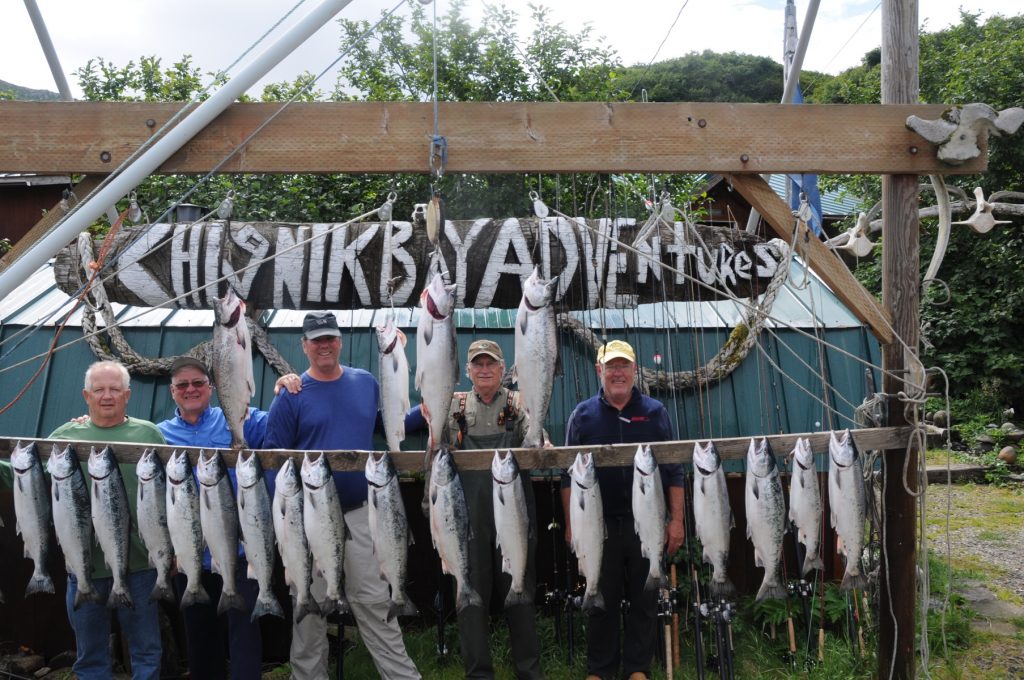 Week Five: The Kings just kept coming and the Coho hit the Salt! 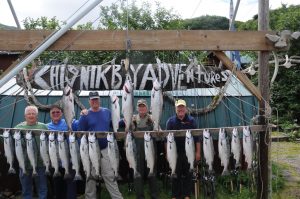 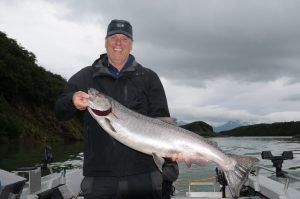 River Chrome and Salt Kings on top and fat Coho’s on bottom. Nice Rack! Coho’s getting Fatter, some up to 17 pounds, as big as some feeder kings. 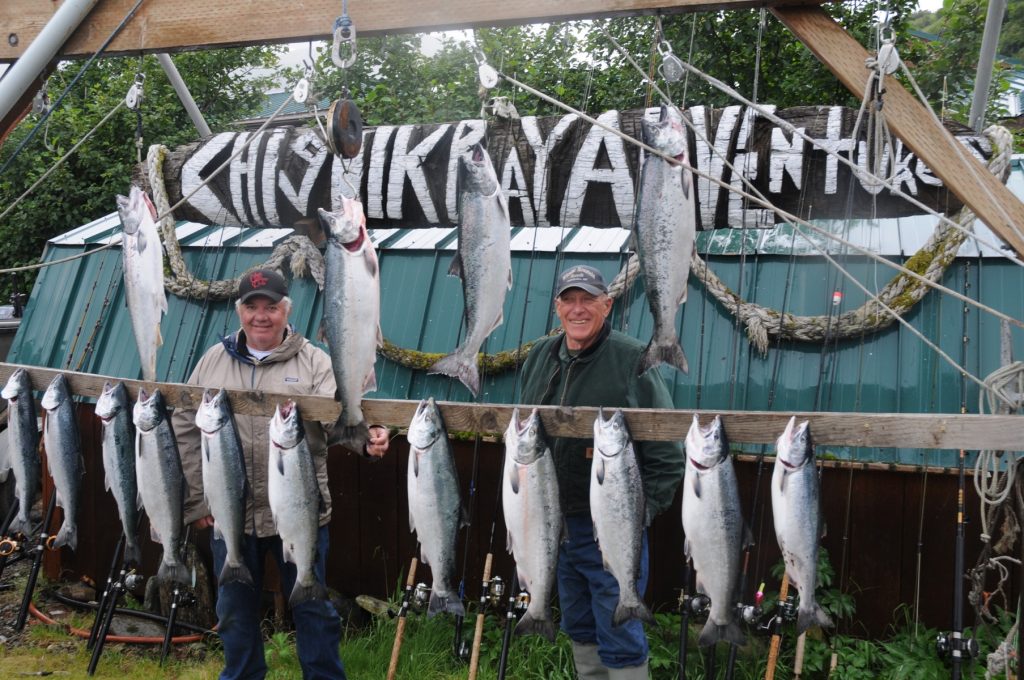 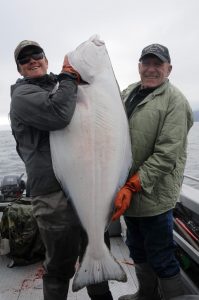 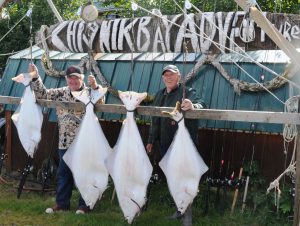 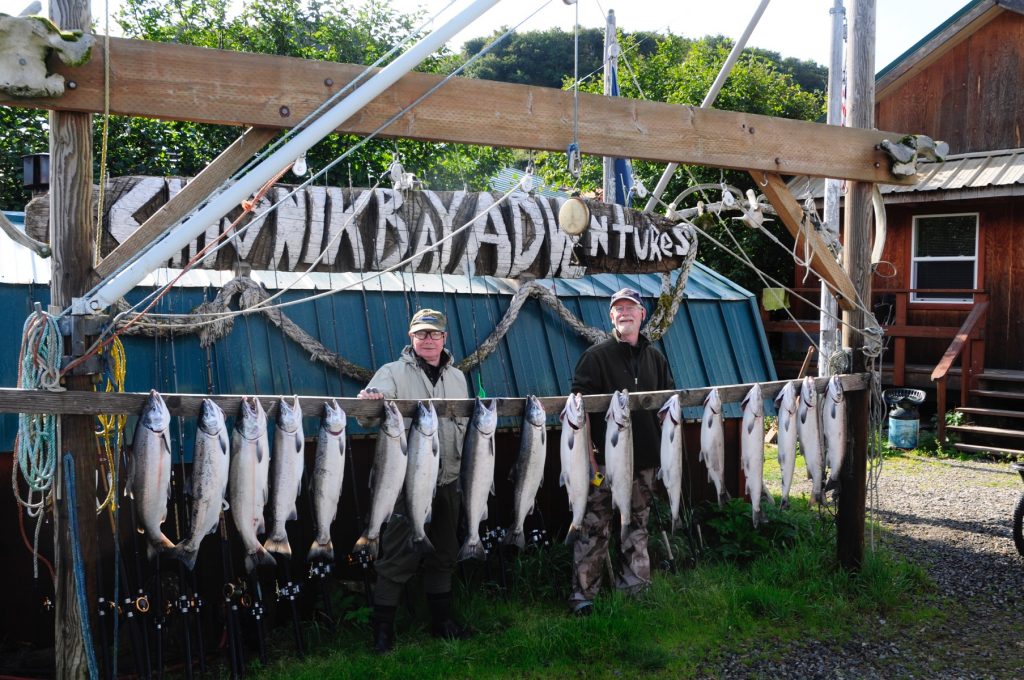 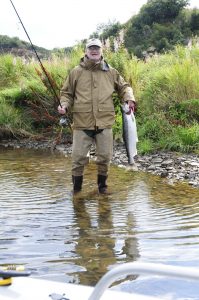 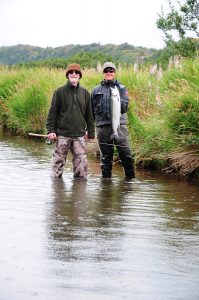 Overall, real steady world class fishing from start to finish. What a year! Many thanks to all our guests. Looking forward to 2017. 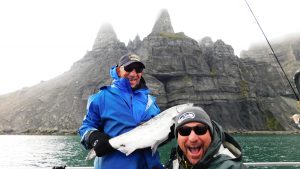 Excellent Trip, more memories to cherish. The “triple” on kings stands. Can’t wait to do it again.

The best fishing adventure of my life! The hospitality, food and service was top notch, fishing was excellent.

I have experienced fishing lodges around the world; yours is at the top of my list. Big John, Mary, Tonya and Chris make this a home away from home wi… END_OF_DOCUMENT_TOKEN_TO_BE_REPLACED

A wonderful trip to a new favorite destination-memorable fishing, food and friends to share it all.

Thanks for the rich memories that I’ll never forget. This week has been awesome and will be with me forever. There truly is no place in the world li… END_OF_DOCUMENT_TOKEN_TO_BE_REPLACED

Perfect is the only word to describe the whole experience. Best fishing ever! Food and people could not have been better.

If you are looking for the ultimate Alaska experience, you have found it at Chignik Bay Adventures. Accommodations are first class and the fishing is … END_OF_DOCUMENT_TOKEN_TO_BE_REPLACED

I was a little unsure in 2006 when, for the first time, I went to Alaska and experienced Chignik Bay Adventures. You see, I have a disability and walk… END_OF_DOCUMENT_TOKEN_TO_BE_REPLACED